Stay Focused on the People

On September 22, 2014, the doors of The Academy Volleyball Club opened to the public for the first time. Hundreds of coaches, officials, friends, families, and players joined us for that very first open house and it hasn’t slowed down since! At that point in time we had nothing more than an empty 50,000 sq ft warehouse, with a few pallets of sport court stacked in the corner. 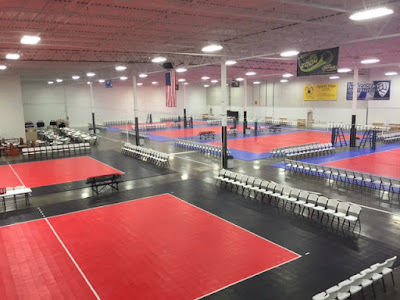 Today, only nine months later, we have seven courts, a concession stand, ProShop, and players’ lounge. Our first club season included 36 girls teams, 5 boys teams, more than a thousand clinic participants, and over 700 teams competing in the club tournaments we hosted. This summer we are hosting a Gold Medal Squared Clinic, featuring Hugh McCutcheon, Carl McGown, an Jim McLaughlin, among others. In August, less than one year after opening, we will be expanding… adding 20,000 sq ft and an additional four courts.

It is always fun to watch players, coaches and parents walk into our facility for the first time. Their comments and the reaction on their faces never get old. As one of the largest facilities in the Midwest, the space can be overwhelming at first glance. The decision to line the courts with chairs, instead of filling the facility with bleachers, gives the courts a uniform and clean look. We are also fortunate to have a full 5,000 sq ft for each court, allowing ample space to play, coach, and view matches. It is important to us to have a facility that is comfortable and provides a good experience, not only for the players, but the coaches and spectators as well. We know that many people spend a lot of time in our facility, so we try to make it feel like their home away from home.

As you can imagine, a facility like ours comes with major expenses. It is a good thing we love volleyball, because it takes a lot of it to pay for this amazing space! In addition to the standard girls club teams and tournaments, our boys program has helped bring in teams, events, and training during “off-peak” times. This has kept our facility hopping from September – June. 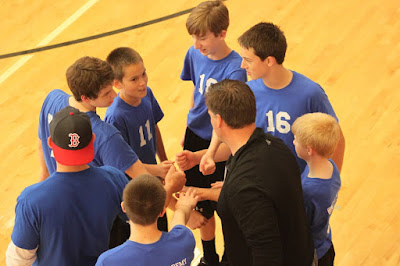 We are excited to add Sand Volleyball to our program offerings this summer, and while we don’t have sand courts at our facility, we have partnered with two local sand venues, so we can offer sand training and tournaments to area players. Located on opposite sides of Indianapolis, these two locations allow us to expand our reach and provide quality sand training to over 80 middle school and high school athletes. 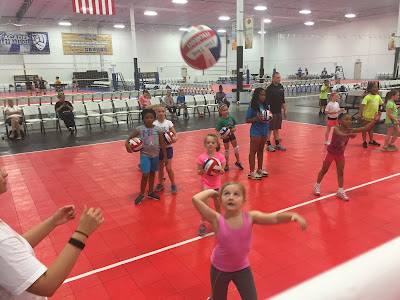 At The Academy, we have a strong focus on youth volleyball. We have incorporated a Little Spikers program into our clinic series, as well as a Fall Youth League in August and September. Adult leagues and tournaments, sports performance training, corporate rentals, and facility sponsorships keep us busy and funded year-round.

One thing I’ve learned this year is that running a business, facility and club is challenging… and not always in the ways that you think! We had to adapt very quickly to having such a large turnout of club players and teams at our events. It was definitely a challenge to hire and train a staff of 70 coaches in less than eight weeks, especially when a positive atmosphere and first impression is so important.

We wanted more than just warm bodies working with our athletes. Each one had to be a good fit for our club, bringing experience, knowledge, professionalism and positivity to their coaching. Gym space also immediately became an issue. With 41 teams and seven courts we implemented some very creative scheduling! Clinics and private lessons had to be put on hold or offered at off-peak times to make all of the club practices fit. 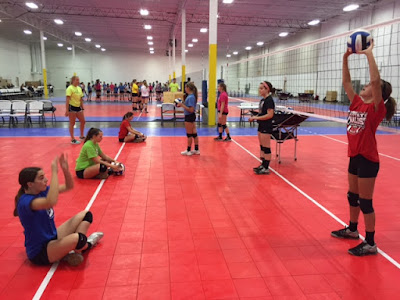 Funding can also be hard to come by, especially through banks, SBA loans or other traditional methods of lending. Many places are hesitant to work with a “start-up” or a business that is less than 2 years old. Leaning on family, friends, and other volleyball enthusiasts for funding is a good option, especially if you have a strong vision and business plan.

And, while a detailed business plan is imperative, be prepared for the fact that it will be blown up, changed around, and barely resemble itself by the end of the first year. In the beginning, unexpected expenses popped up daily. We needed light covers over all of the courts, a lift to hang the light covers, all of our doors re-keyed, and a mop-sink installed in order to meet code… the list was endless!

We learned very quickly the difference between what we needed now, and what we wanted eventually. Working with local companies to trade services (apparel vendors, photography, electrical work) for sponsorships helped offset our expenses as well. Throughout all of the ups and down, expenses and revenue, I try to stay true to who we are and what is important. We have a beautiful facility, but our people are our biggest asset. The families we serve and the coaches we employ will make or break us as a club, so it makes sense that our resources, efforts and energy stay focused on people. 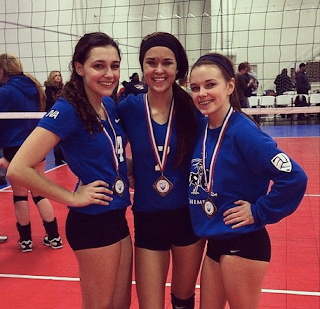 While it’s been a crazy first year, I wouldn’t trade it for the world. For those who are thinking about opening a facility or starting a club, I can tell you that it is absolutely possible. Surround yourself with good people, who believe in your vision. Expect challenges and obstacles, work harder than you’ve ever worked before, and be sure to enjoy the journey.

The Academy Volleyball Club, located in Indianapolis, is a member of the JVA. For more information on the JVA click here.