PickleBall: How it Can Benefit Your Facility

PickleBall – this rapidly growing game with the funny name may help you fill daytime hours in your facility.

PickleBall is a paddle ball game played with a whiffle ball. The court is 20′ x 44′ divided by a net, 36″ high. Retirees were the first wave of devotees and make up a large group of players. The average age of players is about 50 yrs. However, the game is catching on with all ages and people are joining in rapidly increasing numbers. 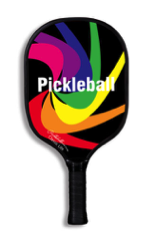 I recently interviewed Phil Larson, one of the District Ambassadors for Wisconsin. In Wisconsin alone, they are seeing about 30 new players each month. The numbers are impressive. Many players have a net and court tape in their car so they are able to play wherever they find space.

Players are drawn to the game due to the fast pace of the game and low impact on joints. Many of the players are former tennis, volleyball, and basketball players. Phil reported that these former athletes, with great hand-eye coordinator and ball skills, pick up the game very quickly. Players are also drawn to meeting new people and the camaraderie of their peers. 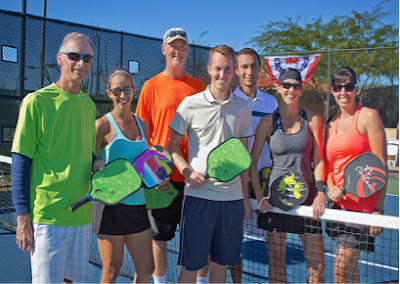 Currently the majorities of PickleBall players are retired and look for games in their area. Once a site is found, word travels very quickly. Most play is in the form of open gym or drop-in games, generally doubles. The players, play by an unwritten code where, if only one court is available, players will balance the challenge teams to make it competitive for everyone. They will announce whether the play is “friendly” or “competitive”.

In the friendly phase, more experienced players will try to keep the rally going, rather than smashing the ball to end the rally quickly. In this way, new players don’t become discouraged and have an opportunity to learn and improve their skills. For the last 30 minutes or so of the session, it may be announced that the format will change to competitive. In this phase the goal is to win the round and hold the court.

If there is more than one court available, players may choose to self-select the court of their ability and the format is more competitive.

PickleBall can be played indoors or outdoors. The low cost of PickleBall is also attractive. Due to the lack of facilities and courts to play on, many avid players carry their own net with them. A portable net is less than $150 and can be set up in a few minutes. Paddles average $50-$80 and balls are only 3 for $10.00. Membership in the USAPA is only $25 per year or $60 for a family. Membership is not required in local play. 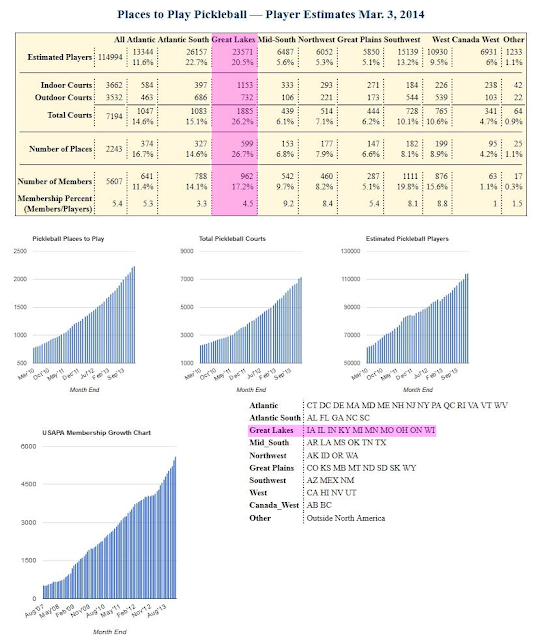 I talked to Phil about the opportunities for facility owners. He said that more places are needed to play. Players currently rely on YMCA’s, Park and Rec departments, and civic recreation programs. The average fee for a session of PickleBall in his area is $3. The session will last about 3 hours. Most play is doubles, preferred by about 90% of the participants, but singles is also played. Players do not need to be members of USAPA.

I asked if there were PickleBall Clubs, similar to our volleyball clubs. He said there are a few clubs but associated with a single facility. Local organizations are beginning to form as they help draw area players together and provide information on play sessions and tournaments.

Tournaments are becoming popular. The USAPA hosts a national championship and this year, PickleBall will make its debut at the National Senior Games to be held in Minnesota. A small tournament would have no less than 4 courts. Larger tournaments have 10-16 courts. Arizona hosted last year’s National Championships. They used 28 courts, had 600 participants and almost 1,700 matches were played.

For more information on the United States Pickle Ball Assoc. (USAPA) click here. This site has links to the rules, tournament guidebook, and regional associations.

Phil suggested that the best way to get the word out if you want to get involved is to form a relationship with your area’s local USAPA Ambassador. Each state has a number of Ambassadors. Wisconsin has 23. Most local areas have websites to list play areas.

This article was written by Jenny Hahn, Executive Director of the JVA, and is among many JVA resources for Club Directors on running a volleyball facility. For more information about the JVA click here.